The Embrace Award by Ceramiche Noi is reconfirmed in Cannes

“That we are proud is an understatement, every year our awards will go to those who have distinguished themselves in peace and tolerance”

“That we are excited and proud of US is an understatement. Despite the complex period we have managed not only to create an Award that last year was used for the awarding of the Gala evening that the United Nations promotes every year at the festival, but with this year’s reconfirmation the Embrace Award is officially become an annual recognition that every year will allow us to be present as an Official Partner at one of the most important events taking place during the Cannes festival: the New Generation in Action and AFI World Peace Tollerance and Peace Initiative “.

It is Lorenzo Giornelli Commercial Director of the cooperative who says this, his voice swollen with emotion just back from the French event. 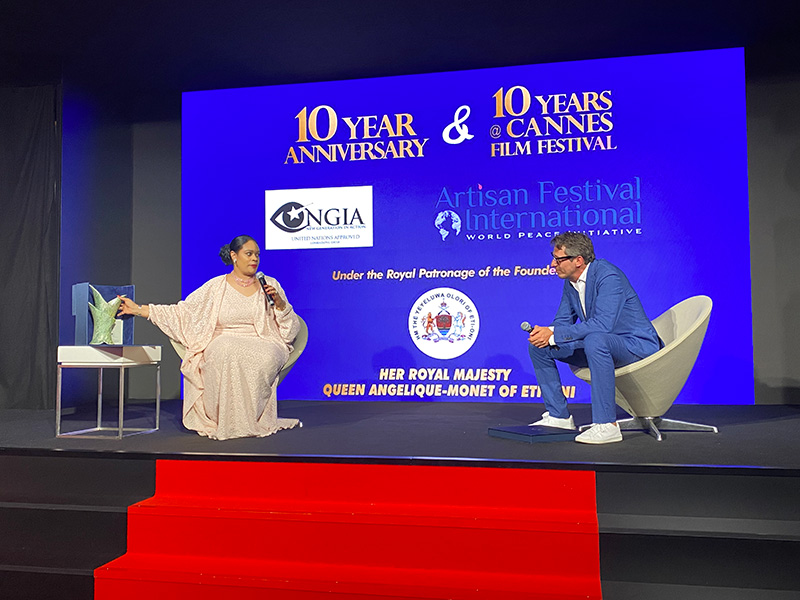 The award was presented during the gala by Berry Alexander Brown (producer of Spike Lee) who received it first last year, before being presented to Her Majesty Queen Angelique Monet in honor of the Kingdom of Eti-Oni Cocoa. Farmers & Farmers Worldwide, a community of farmers in Nigeria, which sees, thanks to the queen, enhanced their work without exploitation. All within the tenth anniversary of AFI Artisan Festival International, an initiative that aims to reward characters, directors, screenwriters, who have distinguished themselves for achieving peace and tolerance.

Ceramiche NOI, the cooperative that only a few years ago had the prospect of closing and relocating the previous property to Armenia, also this year created the Embrace Award, which recalls a hug symbol of Peace and Hope. An embrace of closeness to the world population isolated from the pandemic and the war. A symbol of resilience. A wish to hug and live in peace again. 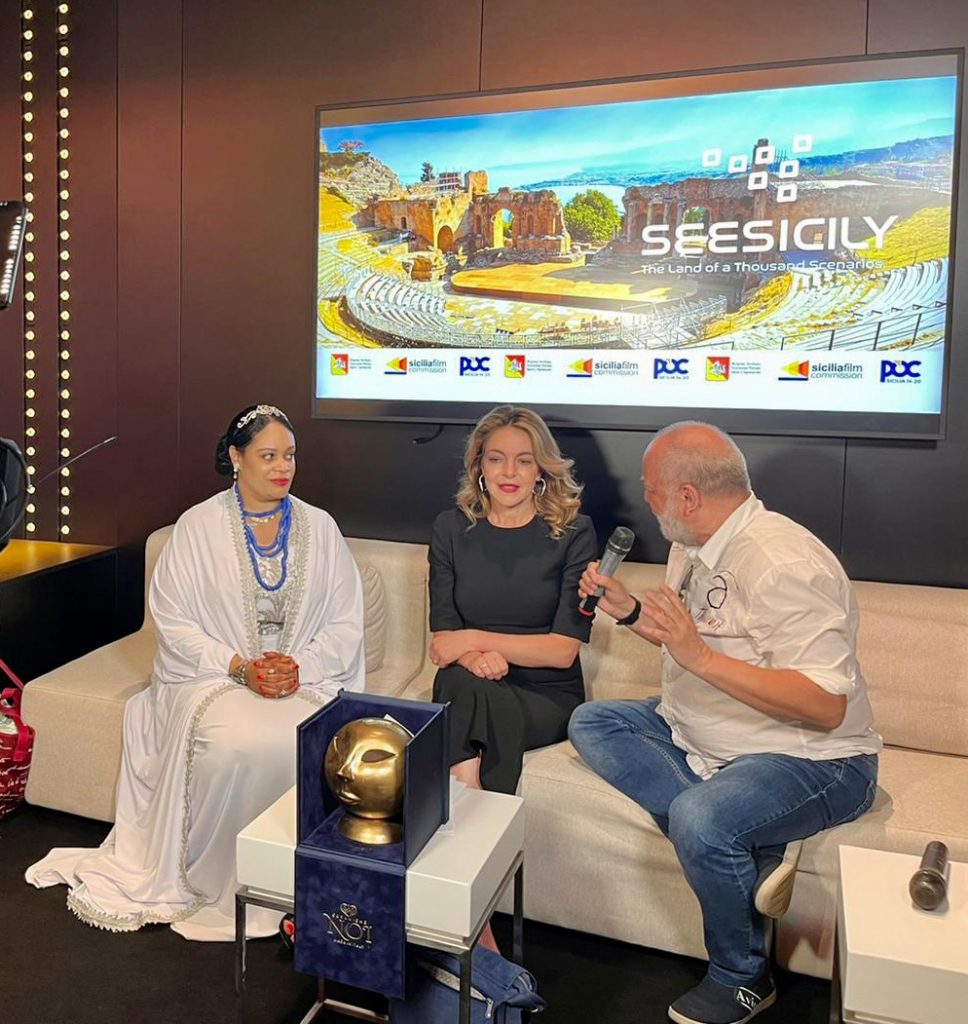 During the event, other prizes, also created by Ceramiche Noi, unique handmade pieces with the signature of the artist Luca Baldelli, were given to Jeff Bridges and Claudia Gerini. This year’s reconfirmation signs an important partnership with an international organization such as the United Nations which for the company that risked closure just 3 years ago means really having succeeded in the enterprise not only to save the job but also to raise the level of it and to be able to bring one’s experience to the eyes of the world. 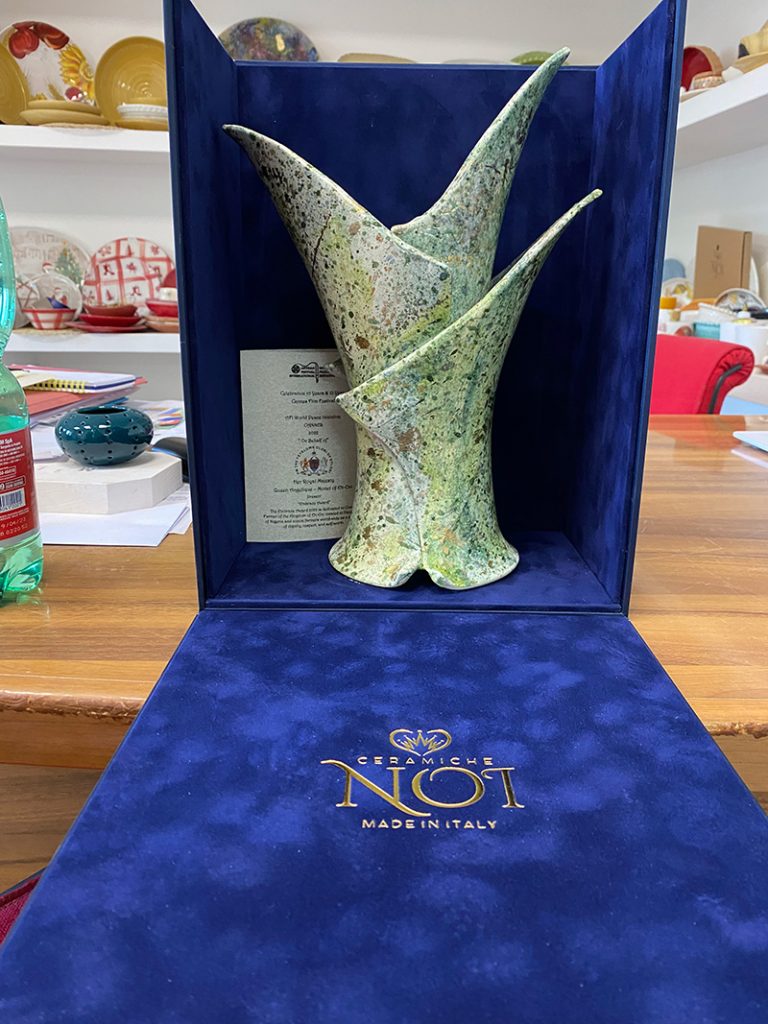 “It is a cooperative that never ceases to amaze us – says Matteo Ragnacci President of Legacoop Produzione e Servizi Umbria – thanks to the tenacity of its employees and the tools of Coopfond and CFI (Cooperation Finanza Impresa), we were able to give them a second chance. What can I say they have taken full advantage of it. Our doors are open for those wishing to undertake the path of workers buyout, for anyone wishing to become the architect of their own destiny ”. 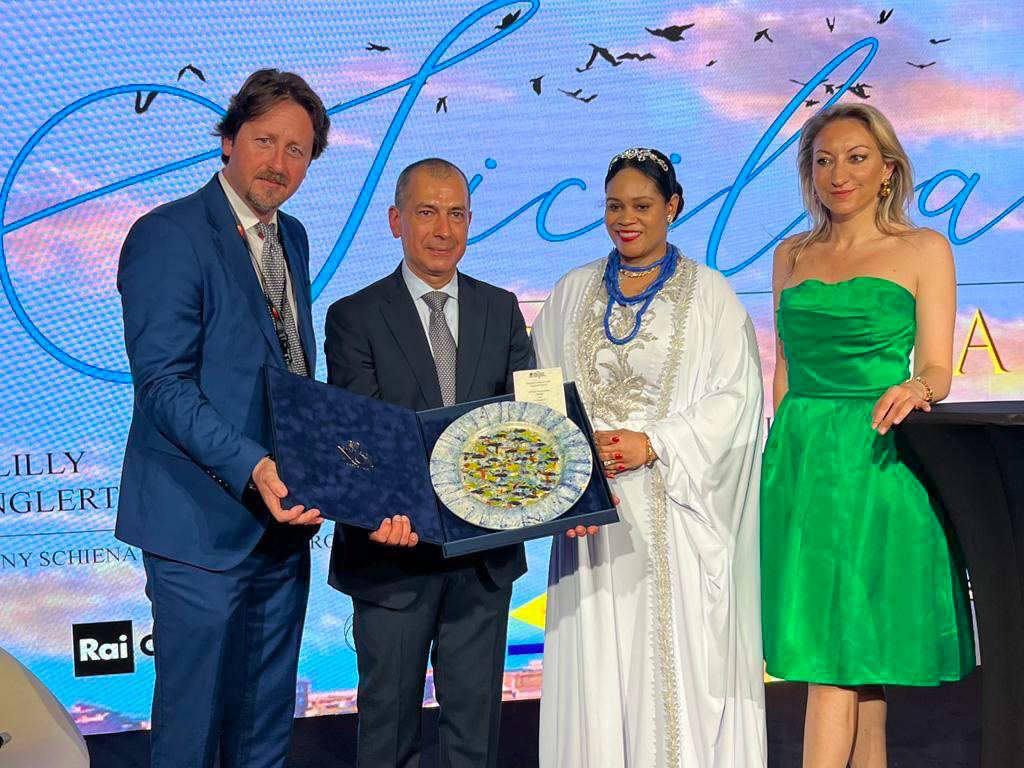 From the closure, therefore, to the partnership with the United Nations, Giornelli continues jokingly “every year some of us

From the closing to the partnership with the United Nations, continues Giornelli “Thanks go in particular to Michela Scolari who first believed in US and Her Majesty Queen Angelique Monet of Eti-Oni who strongly addressed us to the Festival. Every year, some of us will have to discard our work clothes and put on a tuxedo, to bring Umbrian craftsmanship to Cannes, made in Città di Castello, Italy in the world. But it is an effort that we will gladly make, because I am sincere: after all, once a year it is not really bad under the “palm tree” of the Promenade della croisette. But don’t write this down ”. He laughs.

“For some time now Ceramiche Noi, – Luca Secondi Mayor of the Municipality of Castello – all the member-employees are distinguishing themselves for their tenacity, creativity, professionalism and sense of belonging that allow them to obtain continuous and prestigious international recognition. An example for the whole Tifernate community and beyond: their positive and constructive message makes us proud “.