The 60th anniversary of the seminal Freedom Rides that helped launch the 1960s civil rights movement was celebrated at the Freedom Rides Museum in Alabama on May 20 with an in-person and virtual event featuring some of the original Freedom Riders and activists from that period.

The event was a joint presentation of the Freedom Rides Museum and the filmmakers of “Son of the South,” a movie based on events of the early civil right movement. The film was written, directed, and edited by Barry Alexander Brown, based on the memoir “The Wrong Side of Murder Creek” by activist and East End resident Bob Zellner. The story follows the life of Zellner, the grandson of a Klansman, as he decides to become involved in the civil rights movement.

“Commemorating the 60th anniversary of the arrival of the freedom riders in Montgomery is important because by the time the Freedom Bus arrived in Montgomery, the whole world was watching,” said Zellner.

“Ku Klux Klansmen were filmed holding the exit doors shut, trying to kill everyone on the bus,” he continued.

Freedom Rides 60th is the largest event hosted by the “Son of The South” team to date. The museum is located in the historic Greyhound bus station where the student Freedom Riders arrived in Montgomery on May 20, 1961 and were attacked by a mob. 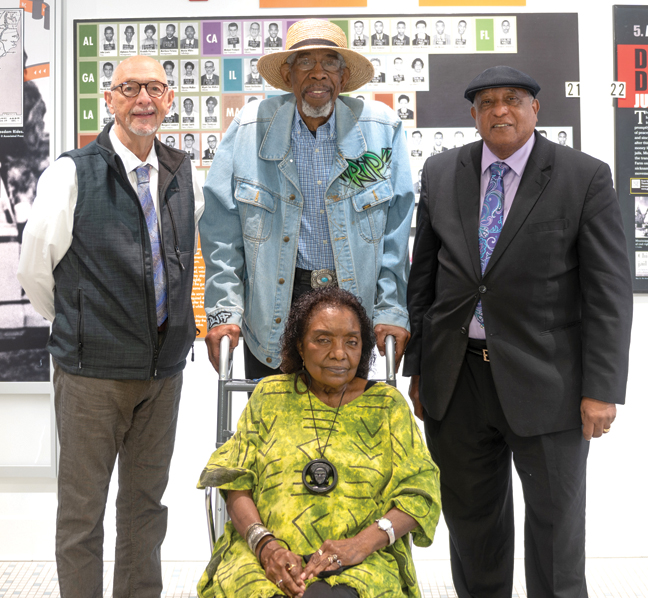 “These were my fellow white Southerners who thought they were justified in wanting to burn people and kill them for wanting to register to vote or to eat at a lunch counter or ride together on a bus, in an integrated way. And we were amazed that these buses could be met in that way,” said Zellner.

“We are all in one world, we’re all human beings, we all come from the same source … most of us have the same desires: to lead a meaningful life, to have a purpose, and [to live] the pursuit of happiness,” said Brown.